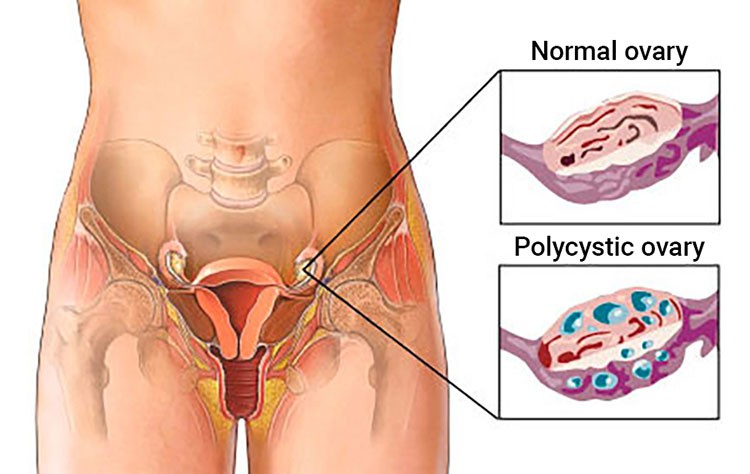 Polycystic ovarian syndrome (PCOS) is the commonest hormonal disorder. It is estimated to influence 5 to 10 million women in Europe, during their reproductive age.

For the women that are trying to conceive a baby, this syndrome is a serious cause of infertility. Consequently, half of the infertility cases connected with it!

The problem focuses on the ovulation timing that happens in the wrong time. As a result, the woman cannot accurately calculate the timing of ovulation, in order to arrange intercourse with her partner. In PCOS, also, the woman may not even have an ovulation in some cycles.

Women that mecicated for PCOS but still are unable to conceive naturally, often turn to assisted reproduction technologies.

Of course, the new medical data about this disease, have led to a potential therapy. It includes ovulation medicine, that decrease insulin, dietary changes (low glycemic index diet) and surgical operations (ovarian drilling).

These are treatments that have proven to succeed and allow many women to overcome PCOS. As a result, they conceive naturally while their risk of miscarriage is lower.

It is a fact that PCOS influences the female reproductive system in a bad way. The commonest anomalies that it causes, are menstrual anomalies, with the form of prolonged menstrual cycles.

However, the Polycystic ovarian syndrome (PCOS) is the commonest hormonal disorder.  Roughly calculated to influence 5 to 10 million women in Europe, during their reproductive age. Is a complicated syndrome that involves many systems, so it is needed to have a special gynecological guidance. We focus to control hormonal anomalies, so that the woman may not have future infertility problems.