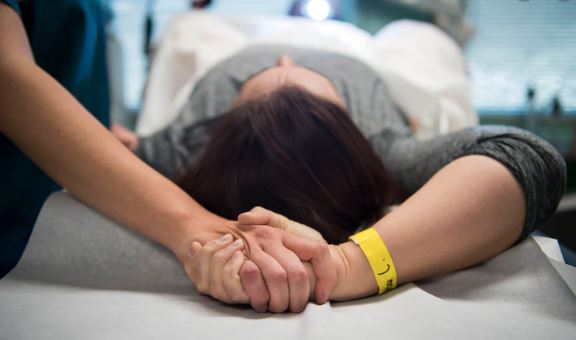 There are many reasons that can lead a woman to a pregnancy termination.

When a woman finds out that she’s pregnant, maybe decides not to carry on with the pregnancy. It is advisable for her to address her gynecologist immediately. The gynecologist will examine her personal and family history and he will inform the woman about her choices.

By ultrasound, the site of implantation will be discovered and the date of pregnancy will be calculated relatively accurately.

Pregnancy can terminate in two ways : pharmaceutical and operative.

We suggest pharmaceutical method at gestations that couple descover relatively early, since the conception. Many people support that it has good results and gives the opportunity to avoid operation. I do not agree with this opinion. Essentially, the woman receives some medications that can lead to abortion by “a heavy period”. The fact that it is possible to not abort all the pregnancy products is a problem. It is also possible for the woman to present an abnormal bleeding that can result to a curettage.

Operative abortion takes place to an organized maternity hospital. It lasts a few minutes and terminates unwanted pregnancy. The woman remains to the hospital for a little time and then returns home. The pain is easily dealt with common mild painkillers. In a few days, she goes back to her every day routine.

Choosing the right gynecologist is essential for a woman to safely terminate a pregnancy.  After the doctor informs the woman about the operation, the possible complications and has a definitive decision to terminate her pregnancy. Then the gynecologist defines all the parameters that can increase her health’s safety and her future reproductive ability. There are less chances of complications, if the pregnancy is at an early stage.

It is very important to psychologically support the woman before and after the pregnancy termination. As, very often, the gynecologist is one of the few people that know exactly the situation. Furthermore, one of the first people that will support her when she needs that!

Moreover, after the operation, the gynecologist will discuss with a woman about the measures of contraception. The doctor will analise the contraceptive methods that exist. Then, they will decide which is the most preferable according to the special needs of the woman.