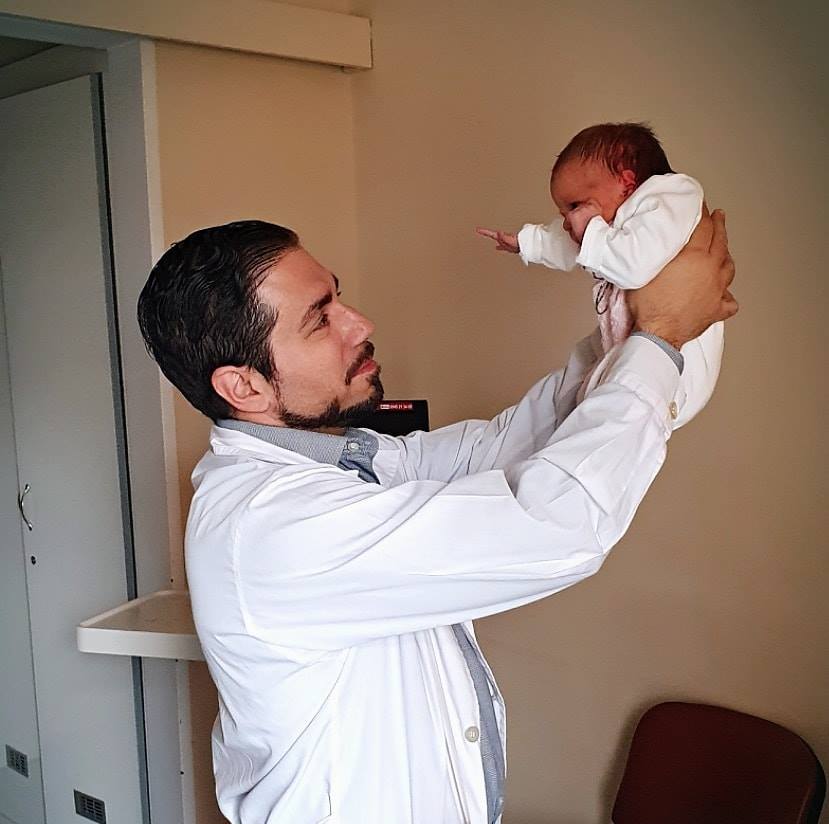 Doctor Spiridon Kapelis was born at Maroussi Attikis on 27/09/1981. He grew up at Voula, where he resides until today and he graduated from the 2nd High School of this area.

He always followed the philosophy of “always achieving excellence”, so he chose to study Medicine, especially after a series of opportunities and health incidents that happened in his intimate family circle, that helped him detect early, that this was his true calling and purpose: to help his fellow man and woman, to relieve their pain, to support anyone in need of medical care and observation and to be present for anyone in need, at any minute and occasion. no matter how difficult it is.

For this reason, he chose to remain in our country during the difficult years of the economic crisis, that hurt every aspect of productivity, in order to continue helping his patients by providing his services.

In 2000, he was accepted through pan-hellenic exams into the department of Science in health at the University of Thessaly. He graduated successfully in 2006, by receiving his degree in Medicine.

Early on, he was chosen by his teachers, who were esteemed scientists, to join their side at their daily work, during shifts and surgeries, at the Surgical and Gynecological Clinic of Larissa University Hospital.

He confesses that he chose Obstetrics over other specialties, after an incident that was crucial to him, since the decision was made during the 6th year of Medical School. His mentor-professor, selected him to assist him during a difficult cesarean section. Watching him deliver the baby and feeling the dawn of life, was enough to know that this was what he would do for the rest of his life!

He served his military duties, with a special training at caring and providing first aid under battle conditions. He fulfilled his rural service at Lesvos, his place of origin, and particularly at Mitilini Hospital with great experience and at the island’s decentralized health units. He speaks fluently English and has a degree at Computer Science.

He worked with esteemed doctors, at first, at the Surgical Department of Metaxa Hospital and afterwards, at the Gynecological Clinic of the same hospital. Later, he worked for the Elena Venizelou Hospital of Obstetrics and Gynecology and for the B’ Surgical Clinic of Asklipeiio Voulas Hospital.

During the Olympic Games in our country, he worked to provide special gymnastics training programs for athletes with a history of health problems.

He also worked with dermatologists and spa centers, in matters of aesthetics – microsurgery (laser, mesotherapy, botox application) while he worked with Athens Med Spa and Mediprinou.

Furthermore, he joined various local-amateur leagues, as a sports doctor (football, basketball,swimming etc.) and he collaborated with insurance companies (EOS, GENERAL UNION, TRUST, ASPIS), as an expert doctor.
He also worked as a medical assistant with the Chief of Surgery at Errikos Dynan hospital, Dr. Georgios Alexiou.
Until today, he has participated at numerous congresses in Greece and abroad, he has taken part in many papers and medical groups.He collaborates with all great maternity hospitals: REA, MITERA, GAIA, LITO, IASO etc.